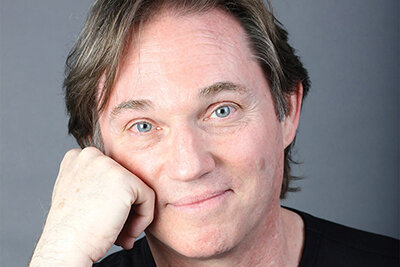 Doug Cook, President and CEO of Ambassador Healthcare, LLC in Centerville, Indiana announced today that Richard Thomas has joined him as a partner in Ambassador Healthcare. Thomas, who began his acting career at age 7 is best known for his leading role as budding author John-Boy Walton in the CBS drama The Waltons, for which he won an Emmy Award, received a nomination for another and two Golden Globe Awards. He has since starred in many movies and television shows including starring in the miniseries adaption of Stephen King’s It, was a special guest star in Billions, had a recurring role on the recently released Prime Video series Tell Me Your Secrets and played Special Agent Frank Gadd on FX’s spy thriller series The Americans.

Ambassador Healthcare is a 137 acute care nursing facility located in Centerville, Indiana, just west of Richmond on US 40. Cook has been the managing member since March 2018. “I’ve been friends with Doug [Cook] for over 20 years. I’ve seen his passion for healthcare and the residents and staff of Ambassador Healthcare over the last several years. Doug recently purchased a residence in Centerville to be near the facility. I’m very excited to join Ambassador Healthcare in their pursuit to become the best facility in the state of Indiana. I share Doug’s true passion for healthcare and providing first class care to our senior community.”

Thomas will be a strategic partner helping guide the overall goals and strategies of Ambassador Healthcare and to promote the organization. Thomas is currently filming a Netflix series but is expecting to visit the facility in May when he hopes to gain a better understanding of healthcare in Wayne County. He plans to visit the facility again in the fall prior to starring in the national tour of the play To Kill A Mockingbird. “I will have meetings with Doug and others at Ambassador Healthcare and plan to visit the facility as part of my strategic role. I’m excited for this opportunity and I look forward to helping make a positive difference in healthcare in Wayne County.”

Listen to the full interview produced by KICKS96. Released April 8, 2021

Contact us today for either a virtual or in-person tour of Ambassador Healthcare.